The first Conference on Chinese Studies from An Austrian School Perspective (CCA 2017) held in Madrid from June 2 to 3 in Far Home Hostel. CCA presents an international and Austrian School perspective for an interdisciplinary gathering of scholars focusing their research on Chinese Studies, including economics, politics, philosophy, sociology, history, liberal ethics, culture, etc.

The first Conference on Chinese Studies from An Austrian School Perspective (CCA 2017) held in Madrid from June 2 to 3 in Far Home Hostel. CCA presents an international and Austrian School perspective for an interdisciplinary gathering of scholars focusing their research on Chinese Studies, including economics, politics, philosophy, sociology, history, liberal ethics, culture, etc.

During two days of conference, participants had an opportunity to participate in lectures and debates focusing on four topics areas: 1) an analysis of the present situation of China’s political economy and society, 2) a history of the Chinese economy, 3) a history of Chinese culture and philosophy, 4) and the Austrian School and Chinese business practices. 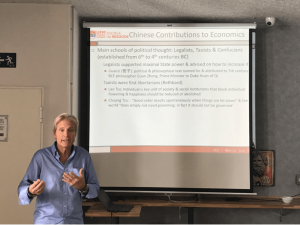 Prof. Dr. Chris Lingle made Keynote Speech 1, Sinology and Austrian School. He introduced the principles of Austrian School, like deductive reasoning, marginal analysis, methodological individualism, the theory of capital goods, dualism of the methodology between the science of human action and natural science, subjective value theory, the theory of entrepreneurship in the first place. Then Dr. Lingle demonstrated Chinese contribution to classical liberal (libertarian) thoughts. On the contrary to what many individuals may believe in, China has an abundant classical liberal or libertarian ideas in its history. Lao Zi (老子), Zhuangzi (莊子), Guanzi (管子) and other scholars all expressed their desire for a more free society and their disagreement with government intervention on individuals. All the philosophers lived in the age before Christ. Then Dr. Lingle talked about the topics of the history of Chinese innovation and development, Austrian School and Modern China, China’s political trajectory and instability, China’s stock market volatility and the ongoing economic crisis happening in China. Dr. Lingle pointed out that China suffered a lot from Soviet central planning system in the epoch of Mao Zedong, but the Chinese market reform started from 1978 also gives us a perfect example of how free market can bring prosperity. Finally, Dr. Lingle also mentioned some problems in modern China. For Dr. Lingle, China not only has to face the ongoing economic bubble but also has to face political instability caused by the anti-corruption movement led by President Xi Jinping. 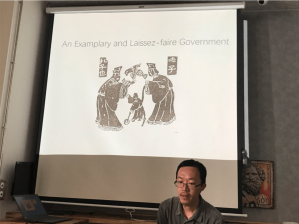 Mr. Dong Ziyun, the vice-president of Mises China, made Keynote Speech 2, A libertarian Confucius? Some Preliminary Thoughts. Dong clarified some common misunderstanding of Confucious among people, demonstrating some liberty-oriented thoughts of Confucius. 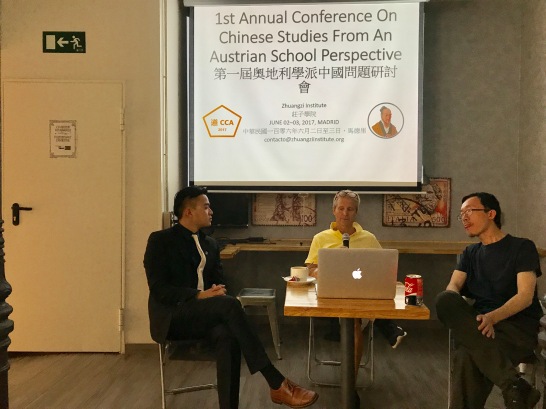 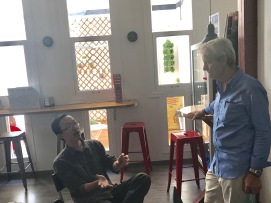 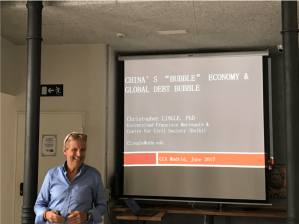 In Session 1, Chinese Political and Economic Situation in Austrian Perspective,  following the topics that Dr. Lingle mentioned in his Keynote Speech, scholars discussed the status quo of Chinese politics. Some of them are worried about that the anti-corruption movement would cause chaos in both the politics (abuse of power by the government) and economy (violation of property rights) of China. Dr. Lingle made a lecture of Business Cycle and Chinese Economy by using Austrian Business Cycle Theory to analyze the business cycle and the ongoing economic bubble in China. 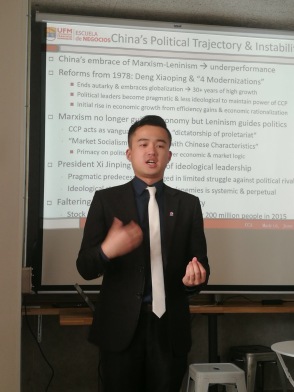 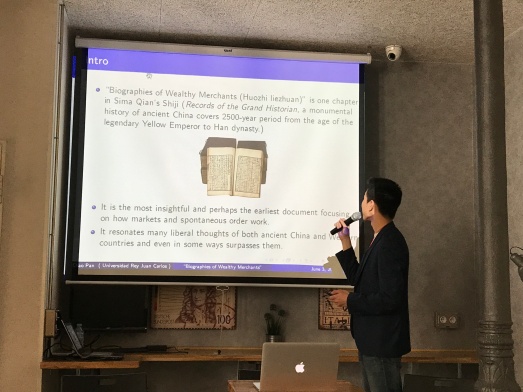 Session 2 was Chinese History in Austrian Perspective. Mr. Chao Pan, the student of Master of Austrian Economics at King Juan Carlos University, presented Overlooked Free-market Insights in “Biographies of Wealthy Merchants” (貨殖列傳), analyzing the market-oriented thoughts, especially the concept of entrepreneurs in the perspective of Si Maqian (司馬遷), the author of Biographies of Wealthy Merchants. Mr. William Wang made a presentation of Edwin Kemmerer’s Gold Standard Theory and the Establishment of China’s modern First Central Bank in 1928, demonstrating how the American monetary specialists influenced the establishment of China’s first modern central bank in 1928. 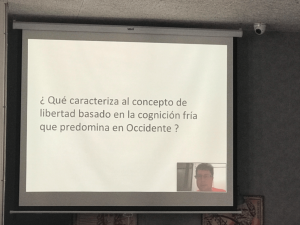 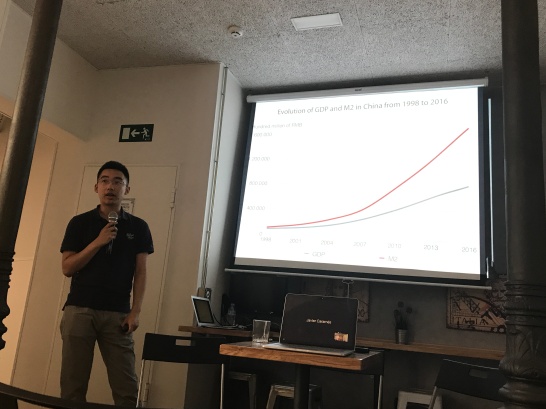 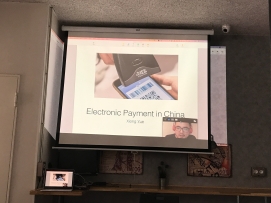 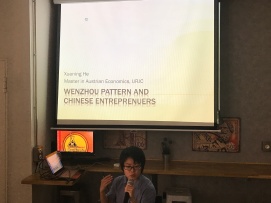 Session 4 was Entrepreneurship and Current Chinese Business Situation. Mr. Tylor Xiong, the President of Mises China, made a presentation on Electronic Payment in China. Because of the development of electronic payment, Chinese consumers do not need to bring their wallet to pay when they are shopping or eating outside. They only thing they need to do is to use the paying apps (like Alipay and Apple Pay) on their mobile phones to scan the QR code and then complete the payment process. Ms. Isla He, the student of the Master of Austrian Economics at King Juan Carlos University, presented the Wenzhou Pattern and Chinese Entrepreneurs. Ms. He pointed out that the entrepreneurs in Wenzhou were more like the alert style entrepreneurs (Kirznerian) than the creative style ones (Schumpeterian). Scholars also talked about the definitions of entrepreneurship in Austrian Economics. In the last lecture, Mr. Alan Bi, a young Chinese entrepreneur living in Spain, made a presentation on Artificial Credit Expansion as the Basis for Incorrect Investment Choices of Chinese Entrepreneurs. Mr. Bi provided an insight perspective from an entrepreneur on how artificial bank credit distorts the decision made by the Chinese businessman. 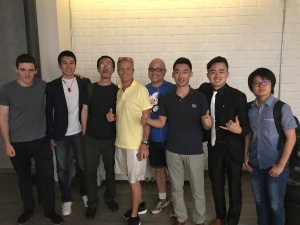 After the conference, participants went to watch the UEFA Champions League Final: Real Madrid vs. Juventus together in a bar in the city center of Madrid.